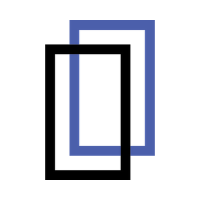 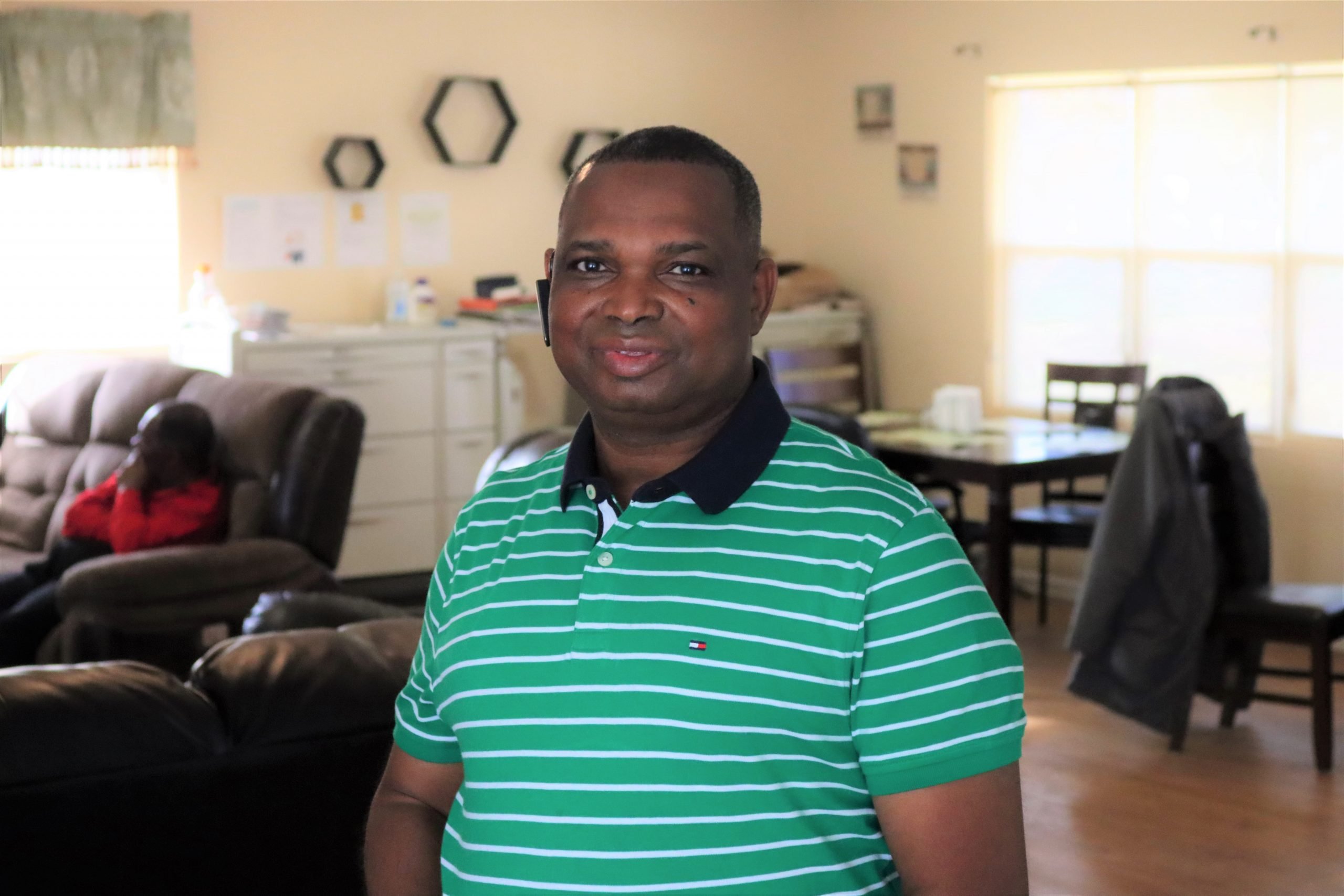 This article is included in our Winter 2022 newsletter. Click here to view the entire newsletter!

The COVID-19 pandemic has brought many big challenges for our direct support professionals (DSPs).

Mamadou Bah works as a DSP at Harlem, a home in our Supported Community Living program that supports five guys: Dan, Anthony, Roy, Matt, and George. Back in 2020, with the pandemic just beginning and a lockdown looming, Mamadou had a decision to make.

As case numbers were growing rapidly in Ohio, how would he continue caring for the guys at Harlem? And at what cost to himself and those he loves? He knew he would have to either leave the guys, or remain in the house for the duration of the lockdown. After weighing his options, Mamadou had a bold, clear, and profound response. 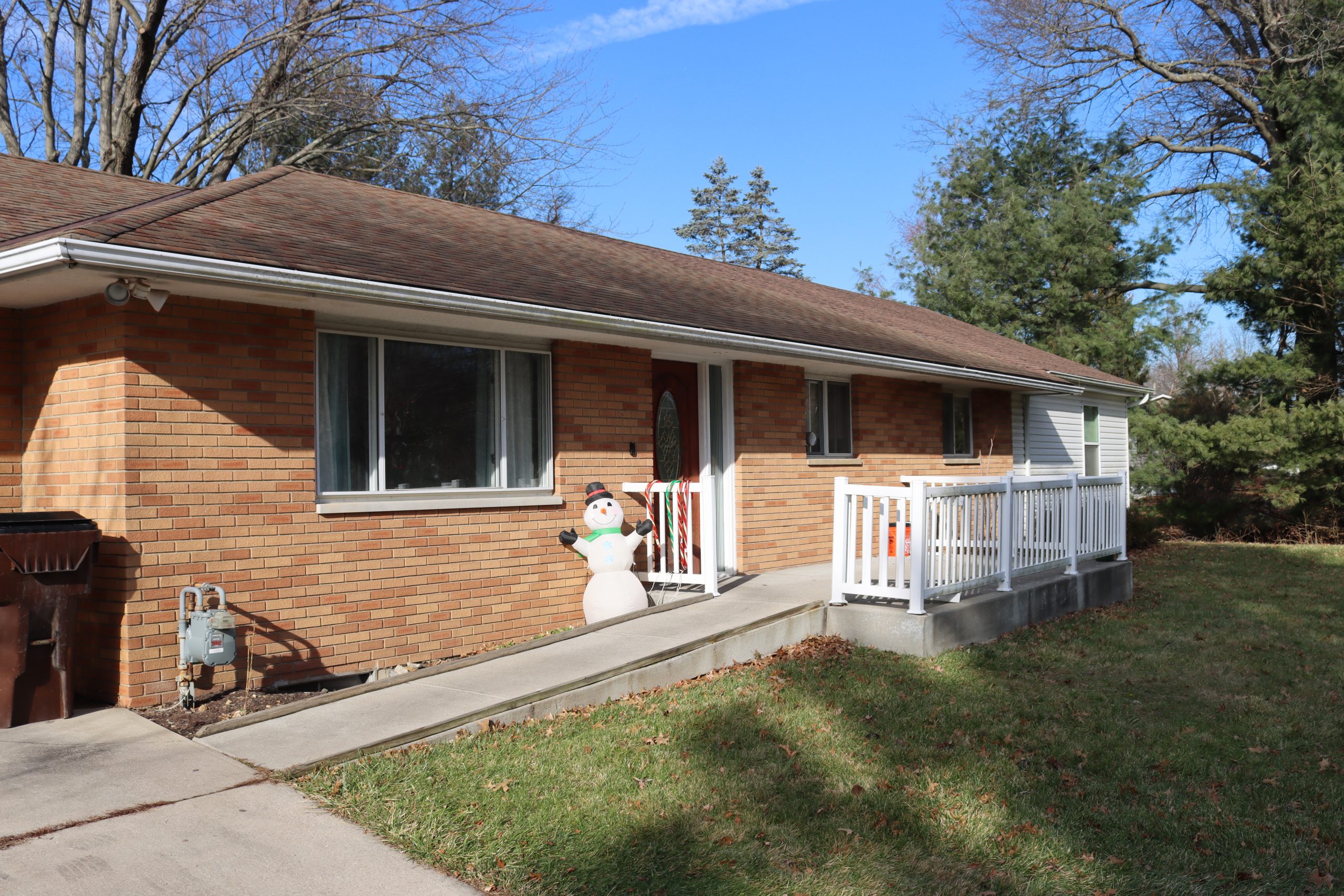 Those four words carried so much importance for the guys at Harlem, as it meant someone would be there for them no matter the risks. It’s a decision that not every DSP would make—and understandably so. Mamadou has five children ranging in age from 8 to 17.

“It was not an easy decision,” he said.

“They [DSPs] had to be there every single moment,” said Anthony Njunge, Open Door’s Director of Operations. “The sacrifice, the selflessness, the kindness. It’s like nothing else. When the world went hiding, they ran to the war.”

Mamadou stayed due to his compassion for the individuals he supported, the lack of other available staff to support them, and his desire to keep everyone around him safe. Through a lot of teamwork and perseverance, Mamadou and the folks at Harlem have continued to thrive. “We have good leadership. Becky, the nurses, everybody…they really helped us.”

Another reason he chose to stay—and a testament to his character—is that Mamadou was born to help others. His life journey brought him from the west African nation of Guinea to Kansas, where he worked in a nursing home for three years. He then moved to Columbus and has been working as a DSP with us at Open Door for 12 years.

It all started with helping his parents and grandparents.

“Back home [in Guinea] we didn’t have nursing homes, or assisted living homes. Here, people are lucky because there is a system to help them,” he said. 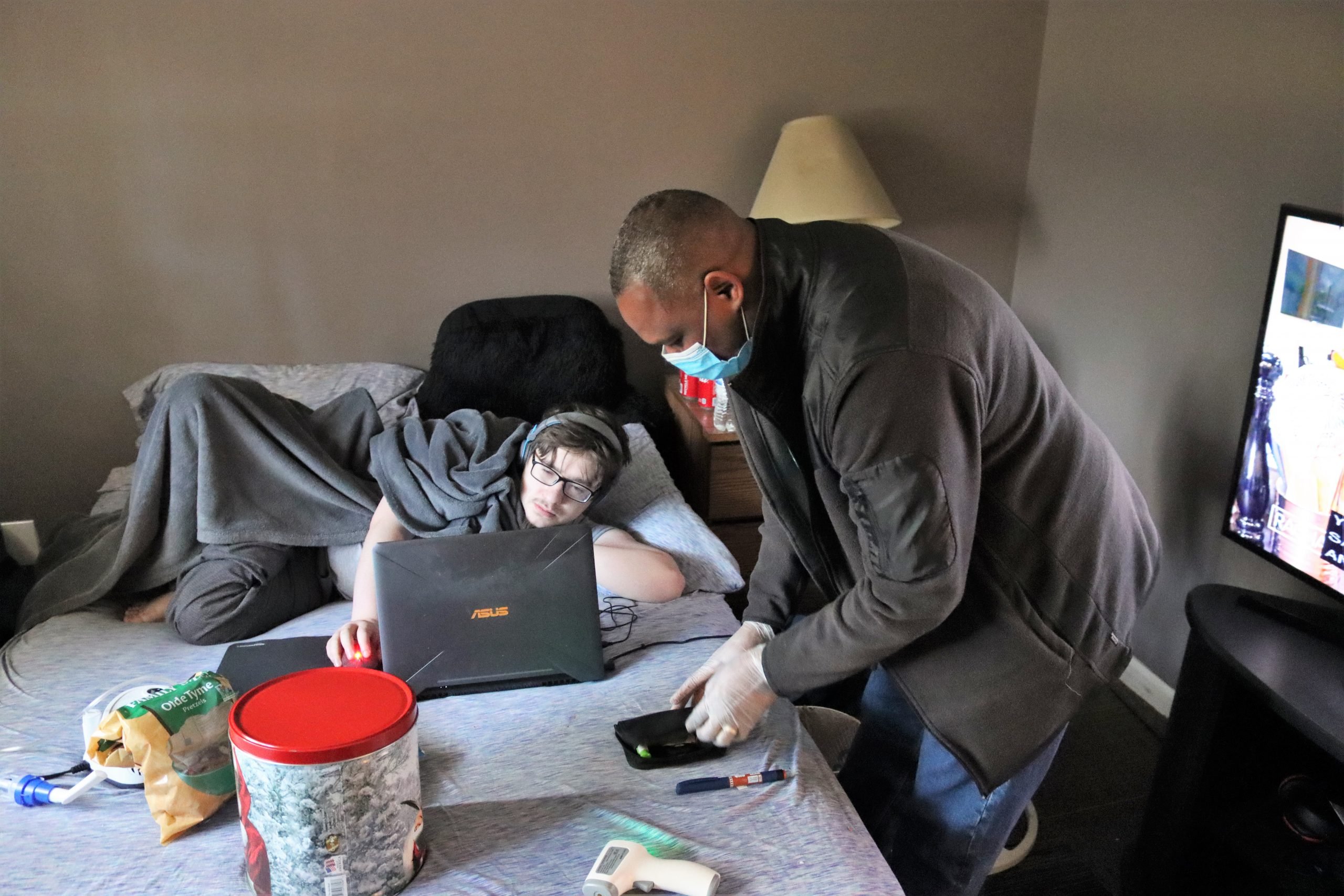 When Mamadou came to the house at Harlem two years ago it was a huge adjustment for him. One individual had moved into the house not long before Mamadou took over as the supervisor. This individual was in a very tough situation before moving in; he was homeless for much of his life and had been hospitalized for a year prior due to severe medical issues.

Since Mamadou has worked with this person, they’ve built a wonderful rapport. He helped him to trust that he has a stable home now. The individual is now taking his medications and has not had any hospitalizations. He’s also started going out on regular shopping trips, has started visiting his mom on a regular basis, and reports that he is the happiest that he has ever been. 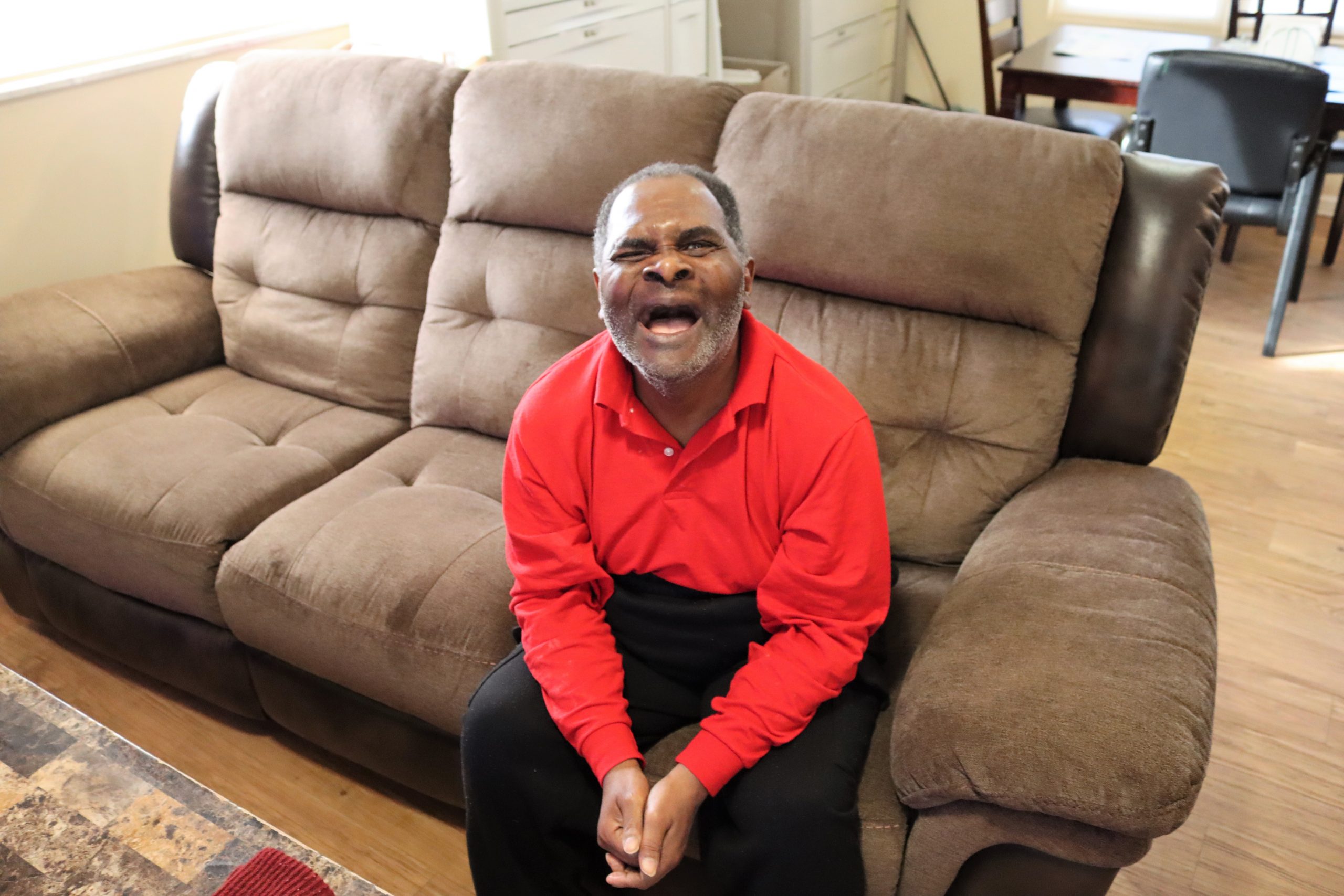 “They bring me joy!” said Mamadou of the individuals he supports. “When you do something for them, they say ‘thank you.’ And that’s really comforting. I appreciate it.”

As many of our DSPs know, one of the personal benefits of the job is helping individuals go on trips. During the summer of 2021, Mamadou helped a group of individuals to go camping at Buck Creek State Park. He’s also visited Hawaii with another individual earlier in his career.

Mamadou relishes the opportunity to serve others on these trips. A lot of planning goes into making them fun experiences for the individuals: from hotel arrangements, to food, transportation, and booking local events and attractions. 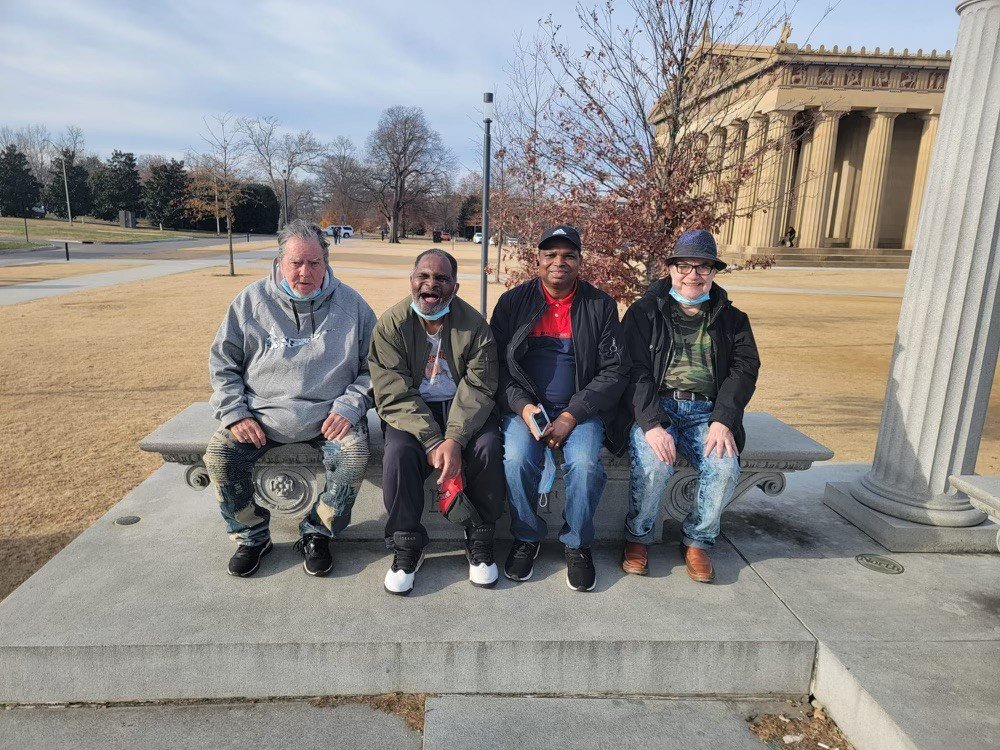 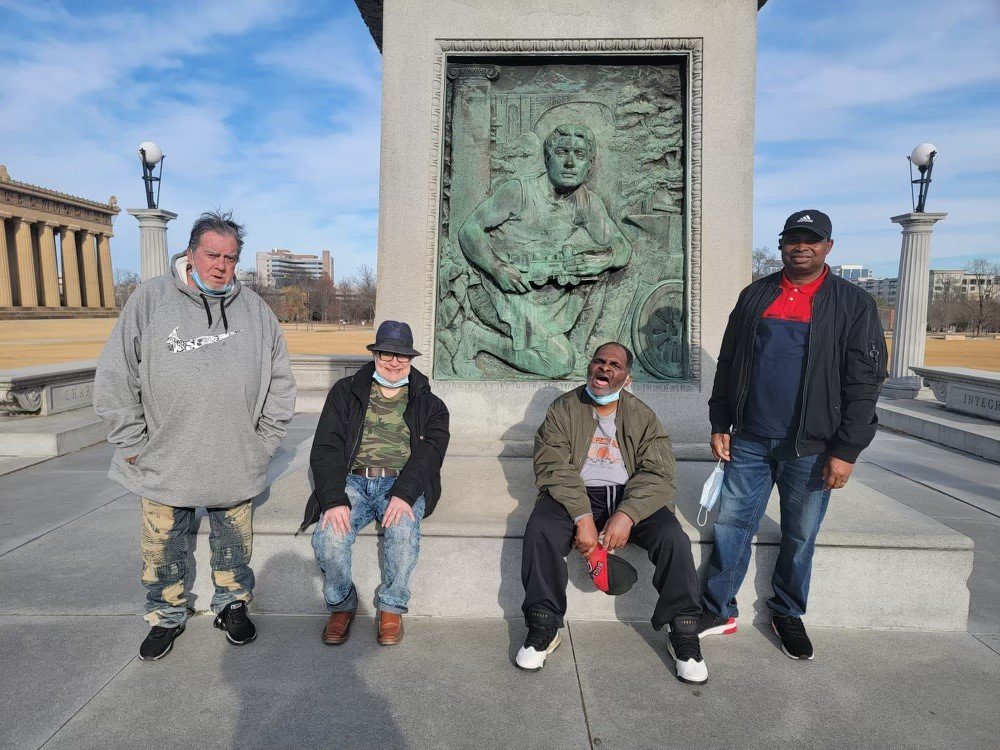 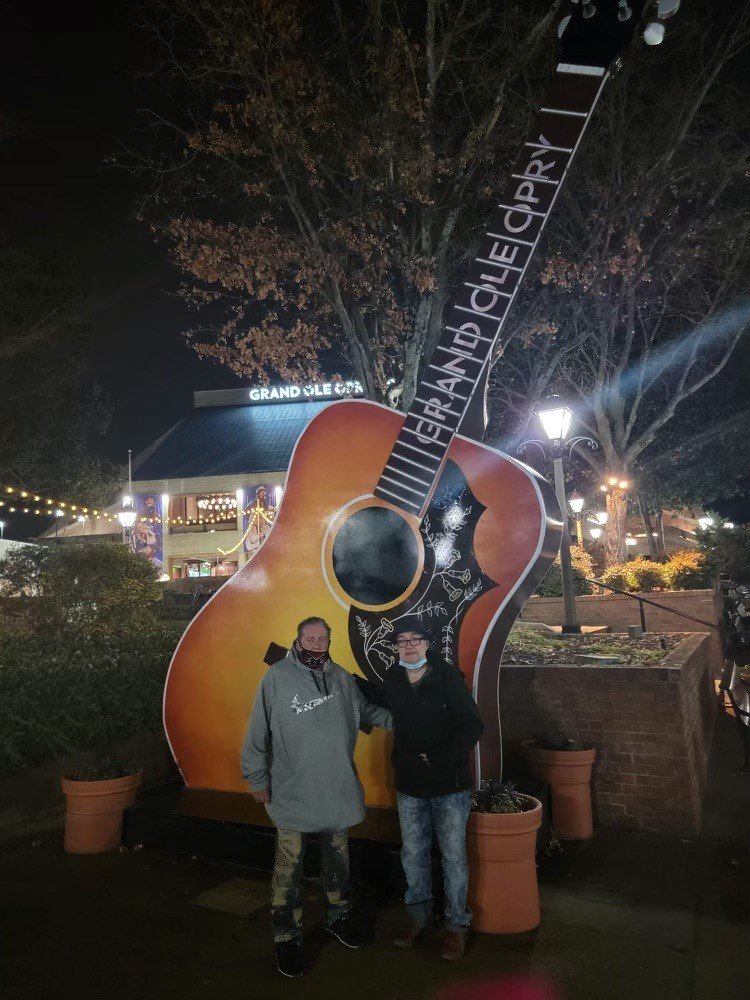 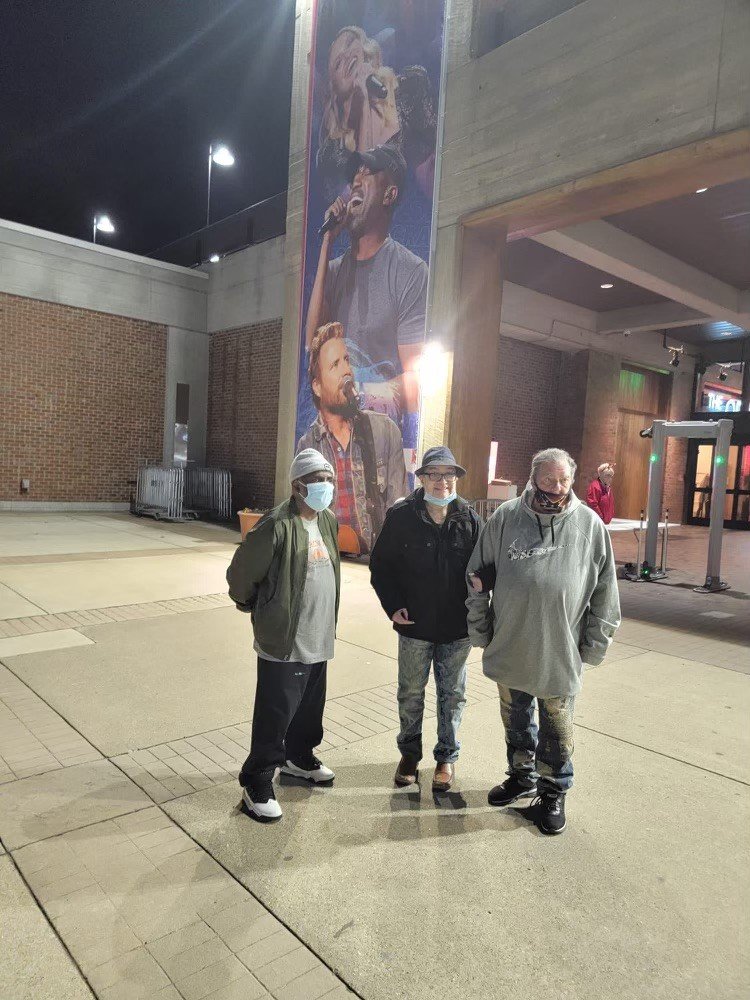 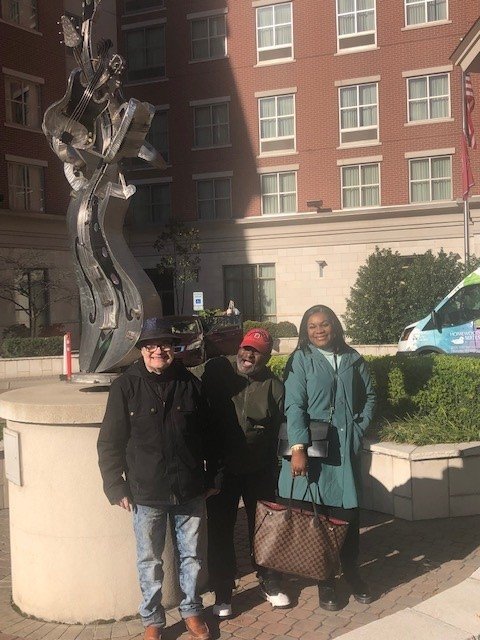 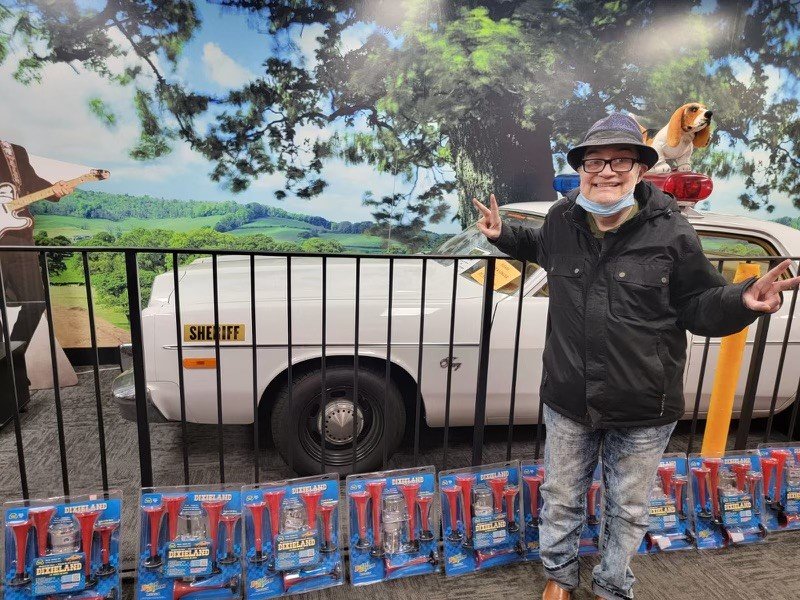 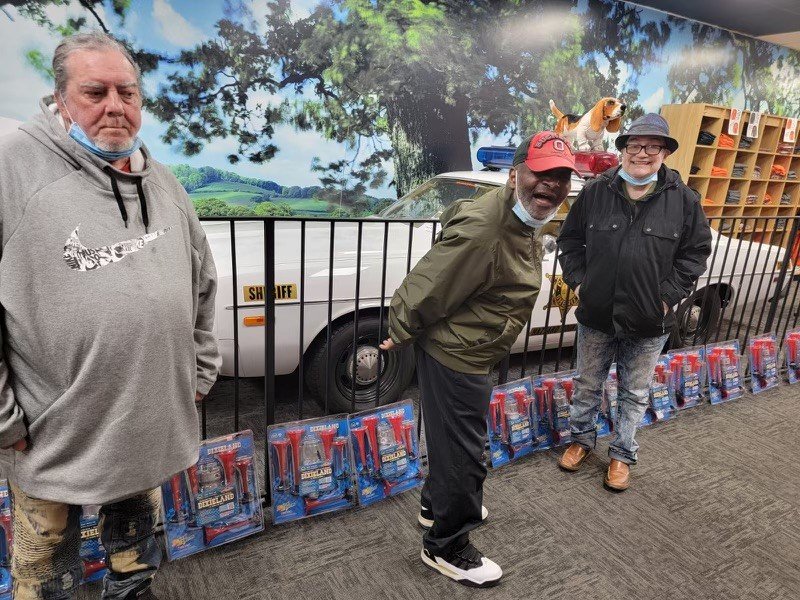 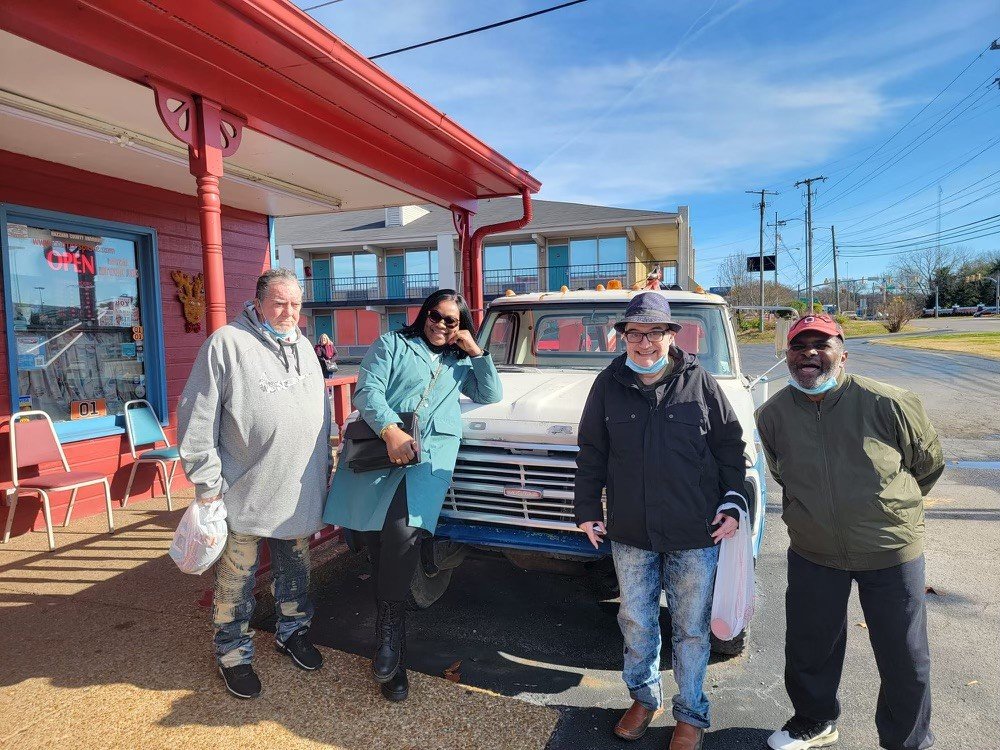 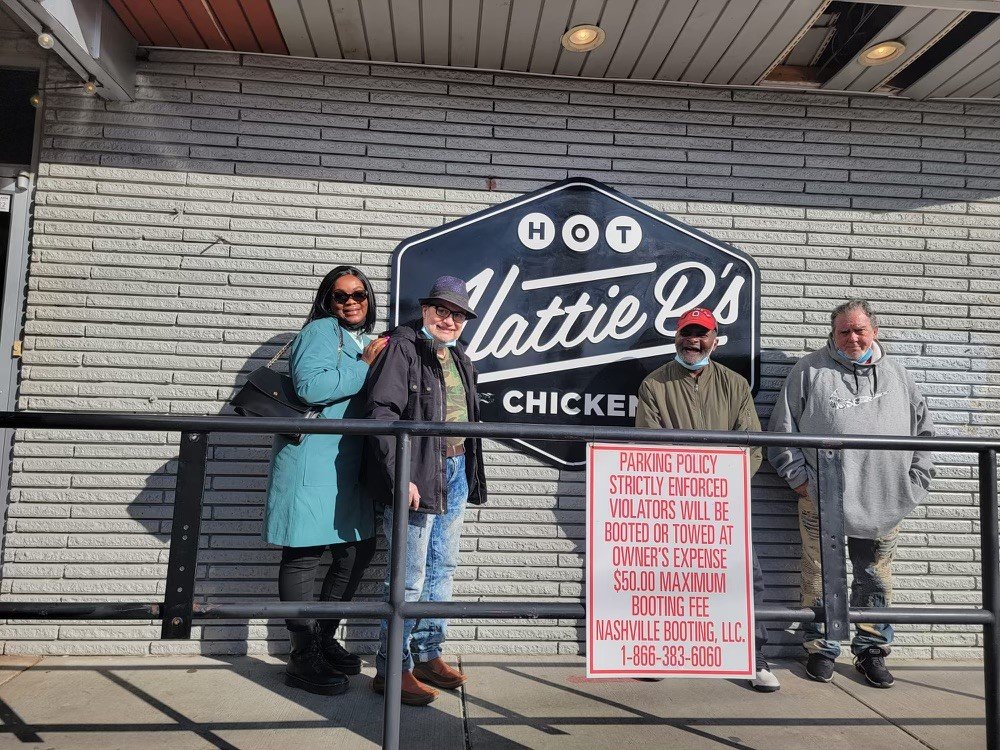 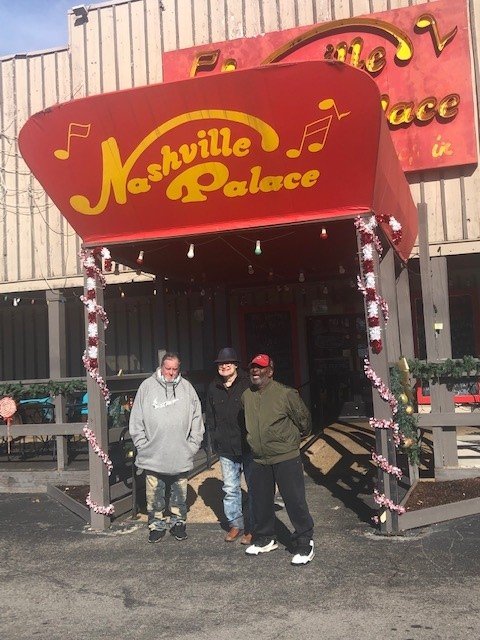 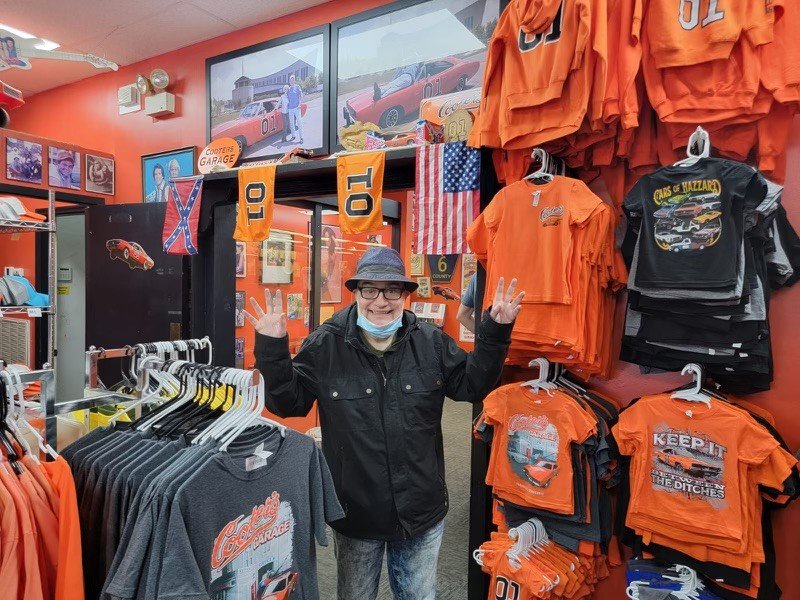 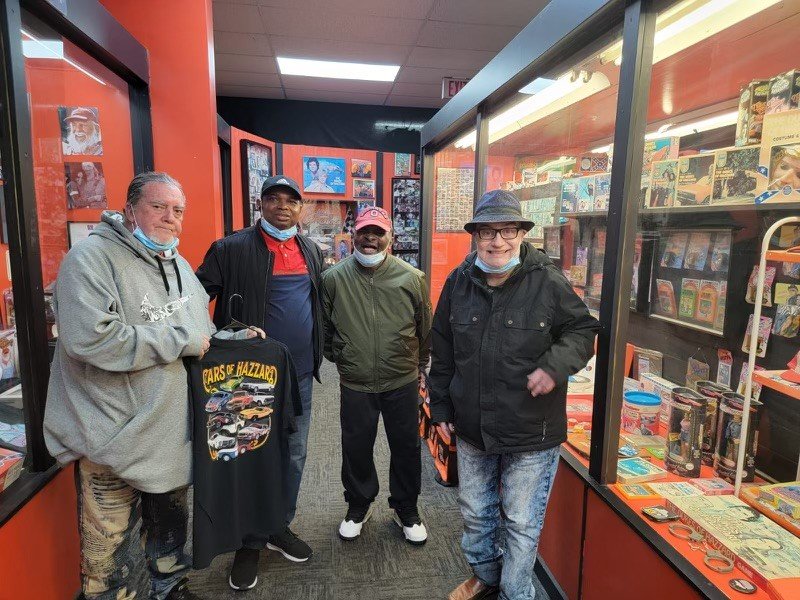 Ever since Mamadou has been at Harlem, three of the guys have had the dream of going to Tennessee. Recently, Mamadou helped turn that dream into reality for the three country music fans.

The Grand Ole Opry was a must-visit destination in Music City. He took the guys all over town and made sure that they got to do all the activities that they wanted to do. One of the guys had not been on vacation in years and had not been out all at much over the last year. This individual reported that he had so much fun in Nashville that he cannot wait to plan the next trip!

Going on trips is just one of the many ways that Mamadou displays his talents and compassion. Normally, it’s the daily grind that keeps him going. It takes a lot of organizational skill to administer medicine and keep schedules straight for all the guys at Harlem.

But all that comes with being a leader, a role that Mamadou relishes. 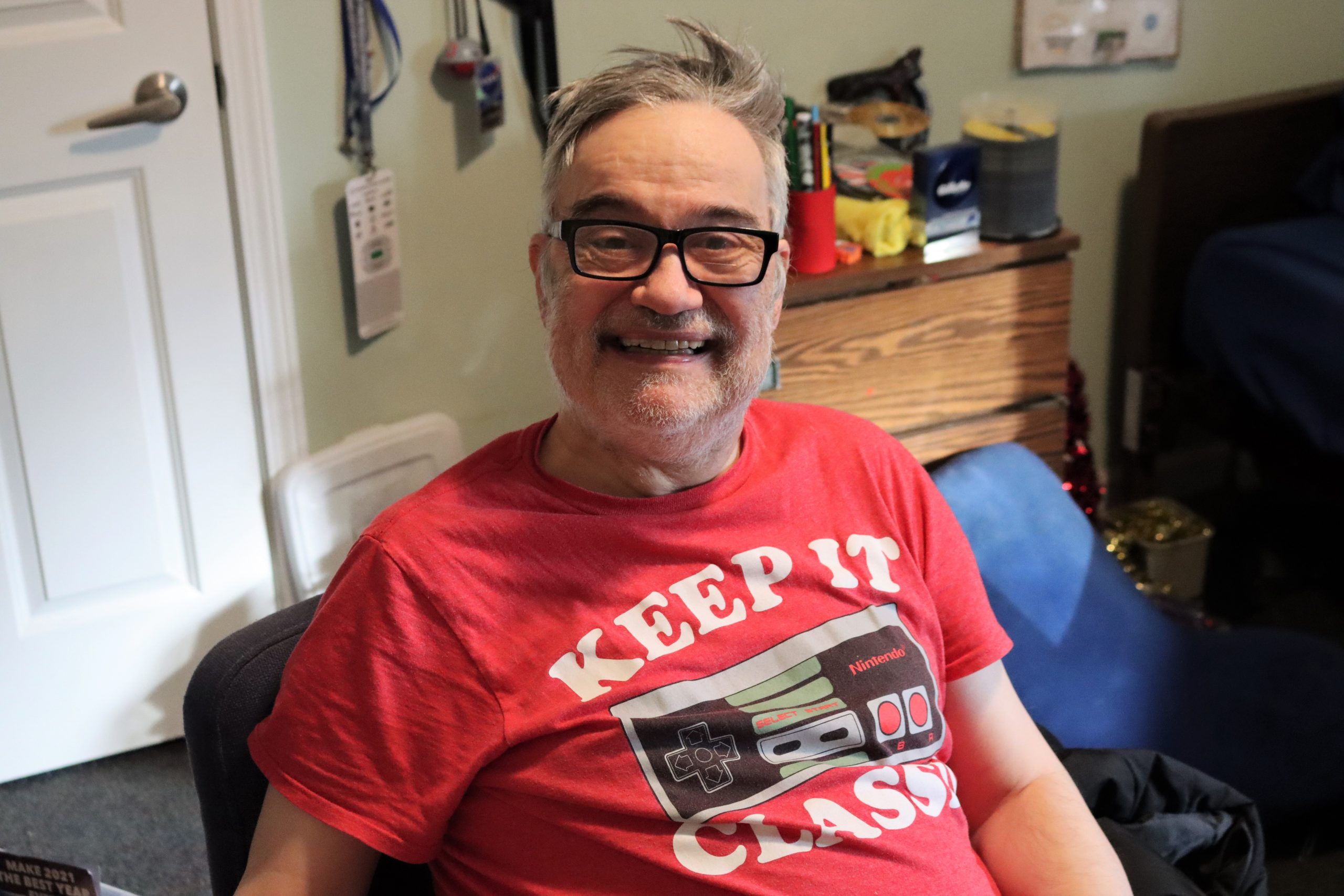 One of our company’s goals is to build new leaders and the best leaders are those who lead by example. Mamadou sets a positive example for all staff and individuals to follow—he’s the perfect mix of a supervisor who sets guidelines for the staff and individuals but is also their friend and someone that they can all look up to.

Mamadou is hoping that one day he can move up in the company when the opportunity presents itself.

“He gets to know the staff and individuals on a personal level and has created a true team at Harlem,” said Gretchen VanNatta, Director of Social Services at Open Door, who has known Mamadou for over 13 years. She describes him as honest, trustworthy, dependable, and kind.

His leadership skills have not gone unnoticed by fellow DSPs, who count on Mamadou as someone they can look up to and emulate. He has some simple advice for newer DSPs who want to be successful: 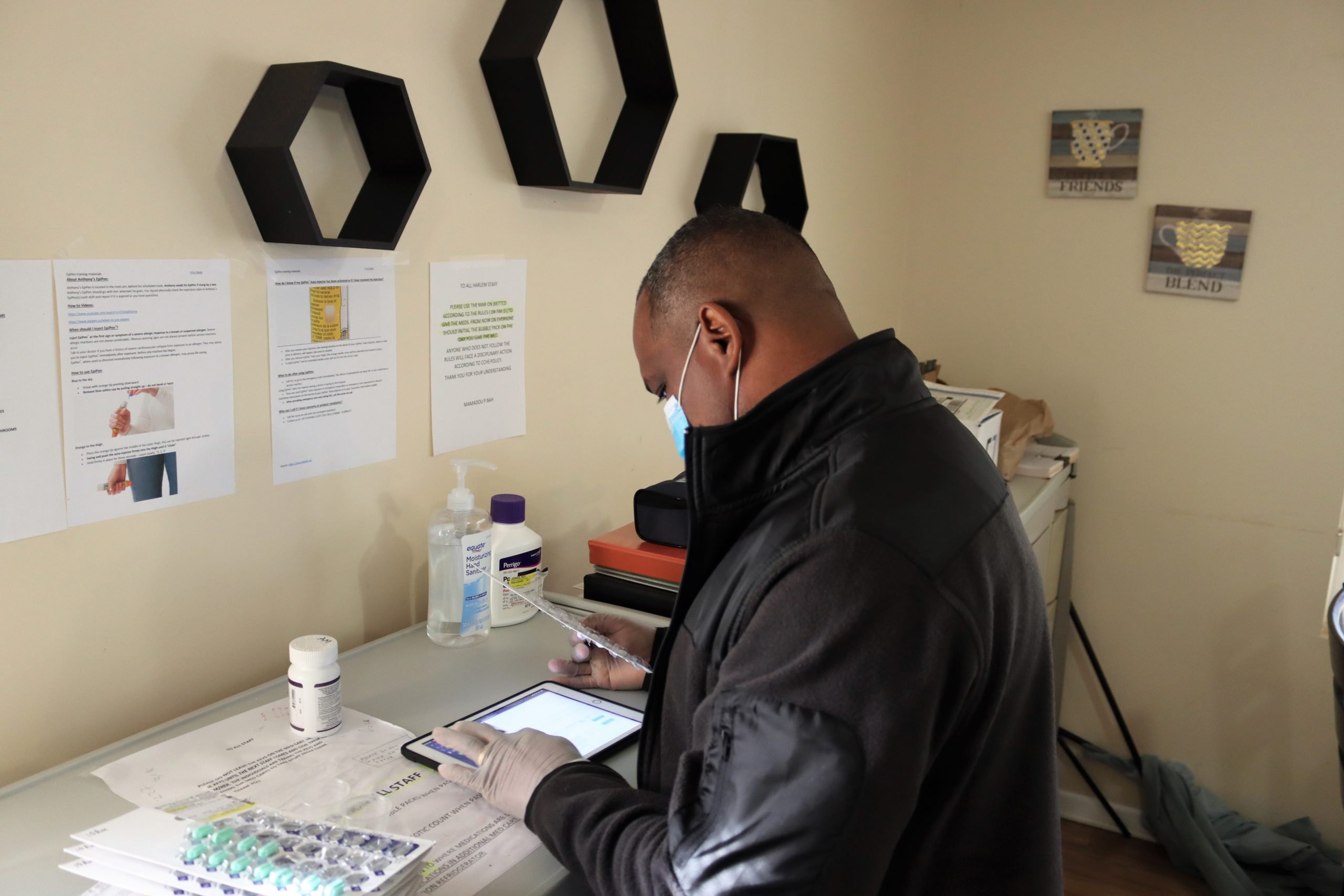 One thing he always tells newer staff is to invest their time in getting to know the individuals they support. The job might seem easy at first, but if you don’t pay attention, it can get you in trouble. A successful staff member will take the time to learn, be patient, and be careful.

If a newer staff member is confused or unsure about something, they should feel free to ask for help. “There is always someone to guide you,” he said.

We’re proud that Mamadou continues to lead by example for his fellow staff members and the individuals he supports. We know that his compassion, perseverance, and work ethic will continue to inspire life journeys.

Are you looking for a career with a purpose? Open Door’s team of Direct Support Professionals help people every day.

Subscribe to our newsletter to get the latest news from Open Door! 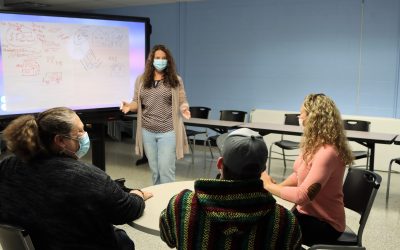 A Conversation with Becky | 2022 Strategic Goals

Each year, after months of planning and assessing, our organization puts forward our annual strategic goals. For 2022, we’ve streamlined our goals into three areas. 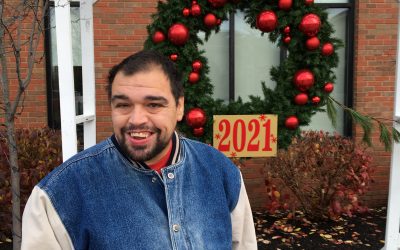 Experiences Are Everything | Winter ’22

Images of individuals out in the community! 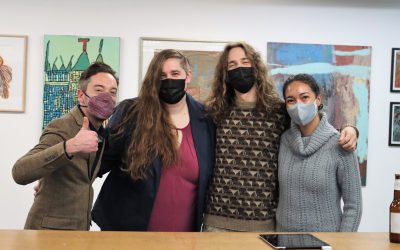 Our art studio is not resting on its laurels—there are some big ideas ahead for 2022!